Nothing makes me jealous like reading about others enjoying a trip to the USA to enjoy all the finest brews over there. With that in mind, I hope that my posts on beer in the USA are sparking the same feeling, hell, I’m getting jealous of my six-month-younger-self just writing about it.

I’ve already written waxed lyrical about the need for changing perceptions of US beer now that the USA is an epicentre of great beer. I’ve posted on my divine beer experience in Chicago at Michael Jordan’s bar and the ‘aha!’ beer moment that I had when drinking Russian River beer for the first time. And finally, I noted my surprising finds with the better than expected craft beer of the Deep South.

Now for my final post on the USA, I present the rest of the greatest beer hits from my trip.

Best Beer with a view

I do love a beer with a view and I enjoyed Full Sail Brewery in Mount Hood, Oregon for this reason. The Full Sail Brewery has some great beers and looks out over the Columbia River Gorge that separates Oregon and Washington. 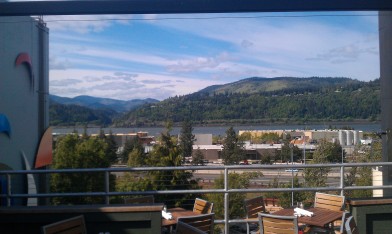 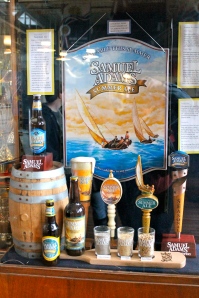 The Samuel Adams brewery tour is free and comes with free samples and glassware. After the tour, you can take a free bus trip with a maniacally fun driver down to the local pub Doyle’s where further Sam Adams beers and free glassware await.

The Sunset Bar and Grill in Allston of greater Boston has a mind-blowing 112 beer taps.

Portland is just an incredible beer city. So many good beer places, so little time. You can hardly go a block without stumbling into a brewery it seems.

With a population of only 80,000 people, it’s amazing that Bend has 9 microbreweries and a dedicated craft beer app! 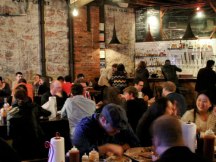